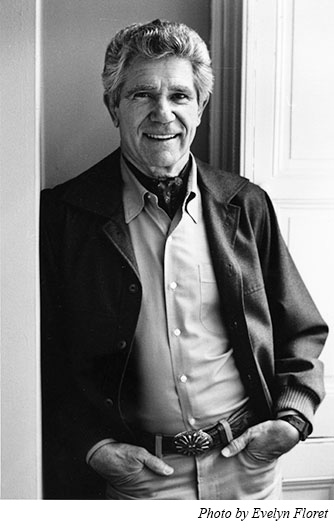 John Dominis passed away peacefully on December 30, 2013. By his side was his partner of more than three decades, artist Evelyn Floret. The renowned photo-journalist passed away at their home following complications from emergency bypass surgery a year earlier.

This website has been set up by Evelyn Floret, at the suggestion of Mike Maple. It is here so that his friends and admirers can sign his guestbook and share their memories of this extraordinary man. He may be remembered through his prolific work, which may be found through the links on the His Work and Obituaries page(s).

Please use the Guestbook  section below to share your thoughts/post comments about John. The notes posted here prior to his passing were most meaningful to him and those posted now are meaningful to those who were close to him.

John was a great inspiration to many in the creative community. If you count yourself among them and care to share a link to your website, John would be proud to offer a link to it from this site. Photos may be manually added in your guestbook message by the administrator, if you would please send them as email attachments to Evelyn at evelyn@sculpturezone.com. Please also use that email address, should you have any other problem pertaining to this website.

Thank you for your support.

I've been thinking of you since John died and of what good care you took of him. I want you to know how much we miss him. Ralph and I were so fond of John. We were very close at LIFE Magazine.

This is a story about John I'd like to share with you: At LIFE, I was the Modern Living Editor and then afterwards, I originated the idea of Great Dinners as a monthly LIFE feature. It was at that time that John and I worked on food pictures in the studio and we used to have fights. He thought he was the boss and I thought I was the boss. We would do 4 or 5 food pictures at a time. One day, on the last shot of the day, everything went wrong. John was annoyed and I was annoyed. Although we had planned a celebratory lunch at La Grenouille, I stayed behind with the cook to prepare to reshoot the last shot. I sometimes prepared the food and we had a cook there as well. So, John and the crew went to lunch at La Grenouille, and we were going to reshoot afterwards. John didn't want to come back. But, of course, he did return and came in carrying this enormous bowl of chocolate mouse from La Grenouille. He knew I loved chocolate. It was so sweet of him and so funny to picture him walking down the street with this huge bowl of chocolate mouse. I never forgot it. It was a true John Dominis gesture, affectionate and grand.